There is no doubt that one travel’s richest experiences is an African wildlife safari, and if you were to experience this just once in your life then you would want to see it all – the “Big 5” of lion, leopard, elephant, Buffalo and rhino in the open savannah as well as a surreal encounter in the jungle with a family group of mountain gorillas.

Look no further because renowned escorted tours specialist, Tauck, has designed the ultimate East African adventure that will take a group of like-minded wildlife enthusiasts on a 13-day journey that is sure to be the source of lifelong reminiscence.

In a journey of three distinct sections the majesty of East Africa’s natural wonders will be unveiled commencing with a week of classic safari along Tanzania’s famous northern circuit. With a two night stopover on the rim of Ngorongoro Crater before entering the mighty Serengeti National Park for four nights the schedule of game drives and cultural visits will reveal plenty of close-up game viewing as well as fascinating insights into both the origins of mankind and Maasai culture.

A brief coastal interlude on the Spice island of Zanzibar adds an opportunity to relax after a week of intensive exploration at a beachfront hotel with ocean views in Stone Town. Take a cruise on a traditional dhow and learn about the centuries old spice trade.

The grand finale sees the group travel by air to landlocked Rwanda and onwards up country to the Volcanoes National Park, where preparations will be made for small groups of just 8 to accompany mountain gorilla expert guides on a walking trek up the forest-cloaked volcanic landscape for a meeting with a family group of mountain gorillas.

Highlights along the trail… 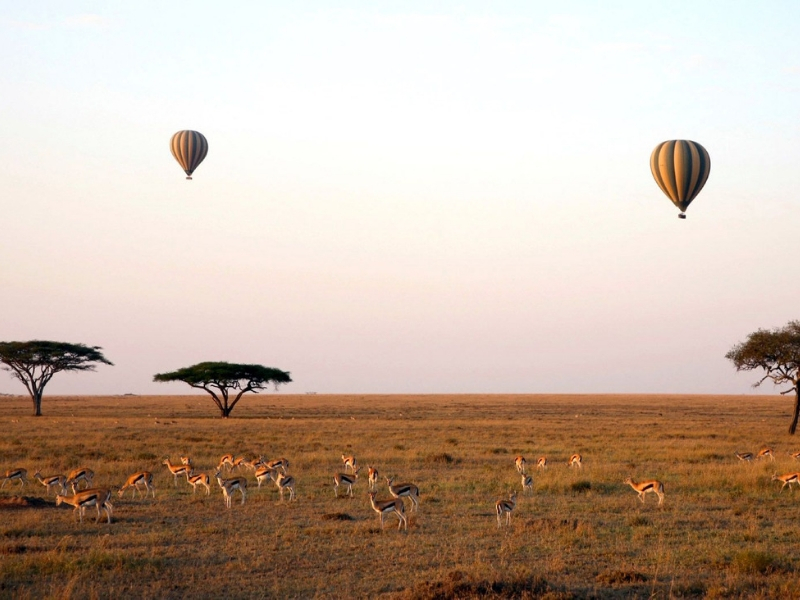 Ballooning over the Serengeti

Lift off on an exciting hot air balloon flight as dawn breaks over the vast Serengeti grasslands; from aloft, observe wildlife in the first light of day, an African safari thrill – and enjoy another thrill upon your return where a champagne breakfast in the bush waits for you. 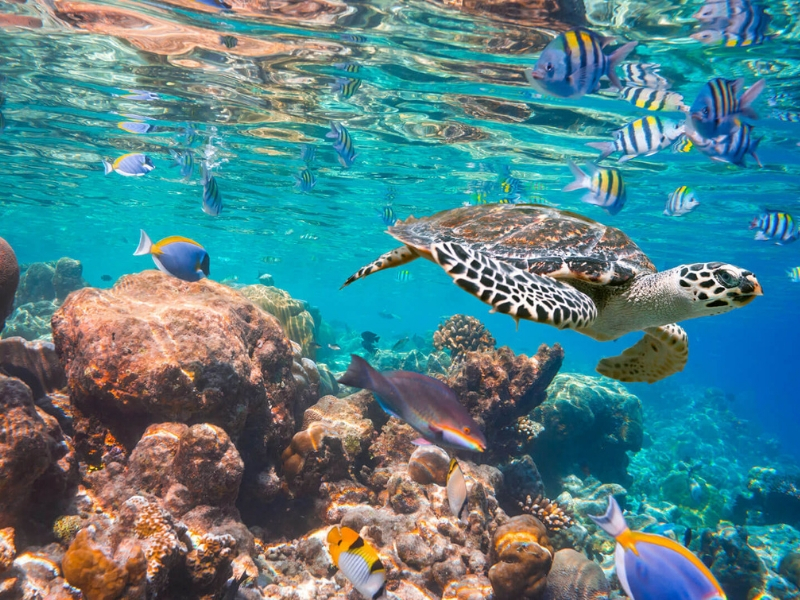 Traditional Arabian sailboats called dhows have plied the Indian Ocean waters of the Swahili Coast for millennia, trading and fishing from one island port to the next. Sail out to sea from Stone Town aboard a traditional dhow for an “Indian Ocean safari” off the coast of Zanzibar. Catch a sight of dolphins frolicking in the ocean blue; cast anchor on a sandy beach for swimming and perhaps some snorkeling near beautiful coral reefs. 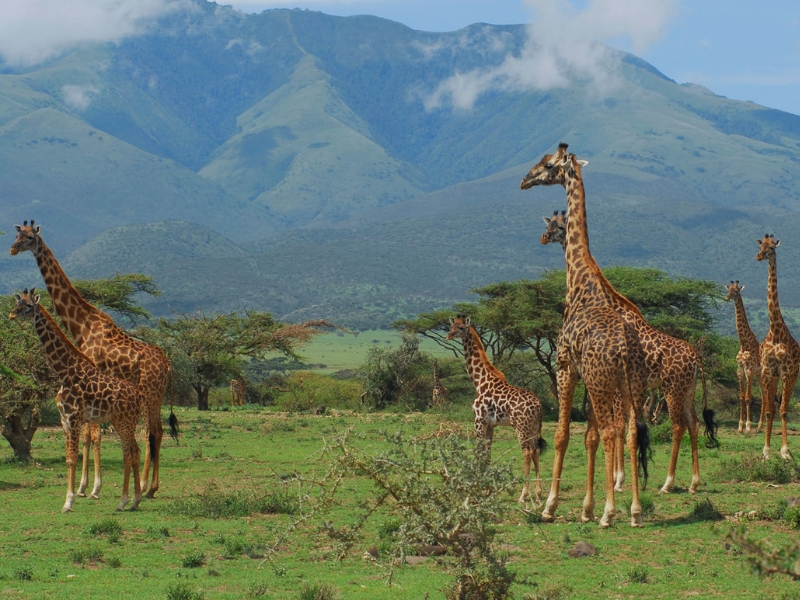 Explore Oldupai Gorge, where archaeologists Louis and Mary Leakey discovered the fossilised remains of some of the earliest known human species, an estimated 1.8 million years old. 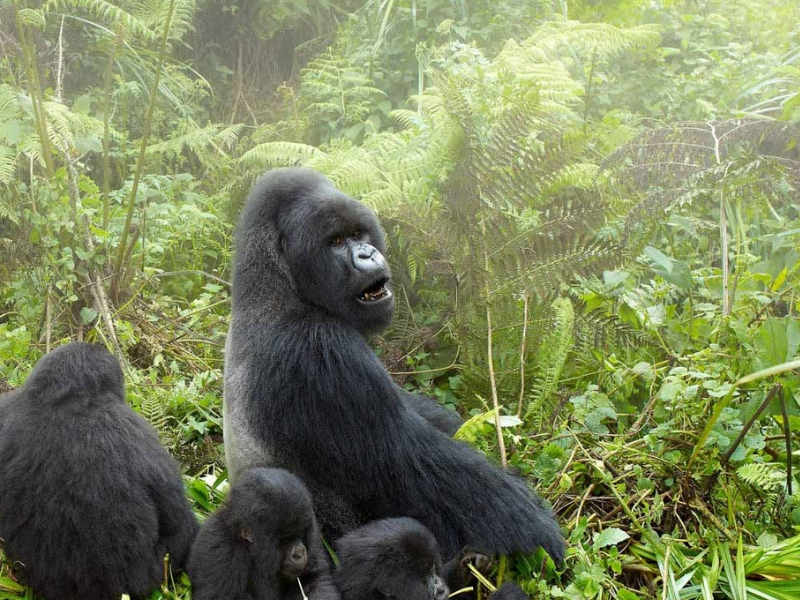 Gorillas in the Mist

there are only several hundred mountain gorillas remaining on Earth, and about half live in the forests of the Virunga mountains in Rwanda. After briefings and background talks you will be ready with an early morning start for the ultimate “bucket list” adventure.

In groups of up to 8 you will be assigned a porter who will help carry your provisions and cameras and lead you to the gorilla family you are here to meet. Once the gorillas are located, you will have the rare opportunity to watch them interact with each other, and you if they choose! 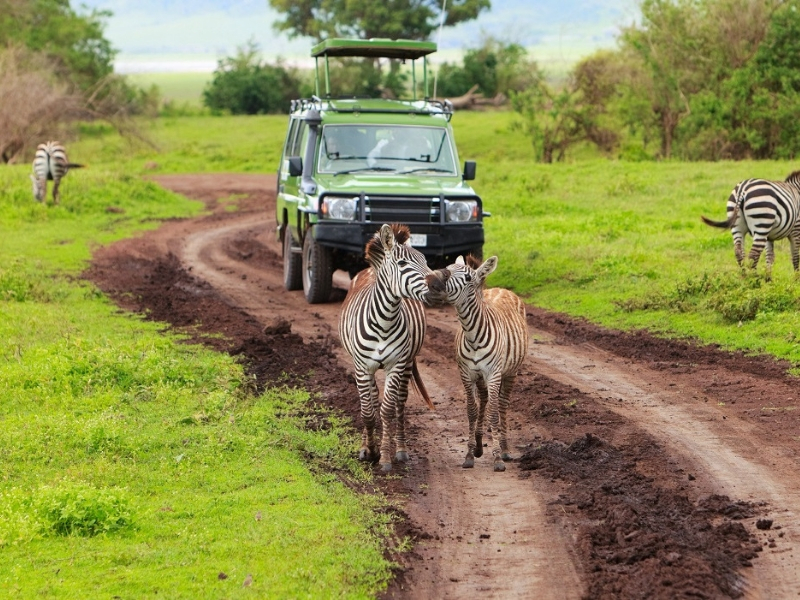 With two nights staying on the crater’s rim, you will descend into the “lost world” within this extinct volcano. Spot the extremely rare Black rhino amid a concentration of wildlife.