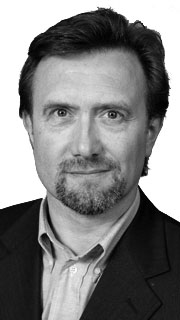 I used to say to people that Cuba was a place they needed to go to sooner rather than later, for a very good reason. The Americans will be coming back soon, and the island will change forever, and probably not for the better.

For those not clear on recent Cuban history, the country has been living in a time-warp since the revolution in the 1950’s. Fidel Castro and Che Guevara’s revolutionary army ran the previous regime out of town, much to the alarm of the US Government, who financed a counter revolution via the CIA. That came to a messy end at the Bay of Pigs and the US-backed forces were completely routed.

The USA did not take kindly to being beaten by a bunch of Commie rebels and promptly established an economic embargo on Cuba, which lasts to this day. So, in the intervening 60-odd years , Cuba has existexd in a bubble, run as a totalitarian state along strict socialist principles.

So why, you ask, would you want to go at all? Well here’s the thing. Being cut off for all this time, Cuba is more or less as it was in 1957. Faded Spanish Colonial architecture abounds, 1950’s Studebakers and Buicks still rumble through the streets of Havana, and there’s not a KFC, McDonalds or Starbucks to be seen anywhere.

Five years ago, I would have said go before Fidel Castro dies. Once he’s gone the Americans would, I said, put their recent history to one side and kiss and make up. Fidel is still alive and (reasonably) well, but last Christmas we had Devine Intervention, in the shape of Pope Francis, who fast-forwarded the reconciliation process. Hence, the USA and Cuba have re-established ties and the rush to ‘re-develop’ Cuba for the 21st Century is about to start.

The only obstacle to ‘progress’ now is the US Congress, who need to vote to drop the embargo. That’s unlikely to happen overnight. When it does there will be no turning back the clock. So go now, while Cuba remains the proud independent country of Castro’s revolution. Hang out in the bars of Hanava, listening to the Salsa bands. Smoke the cigars and drink the rum. Travel to the outlying regions. Stay in a Casa Particular B&B for a night or two and experience a slice of Cuban family life.

Visit Santa Clara, sit of Che Guavara’s Mausoleum and witness the pride that the Cuban people have for their revolutionary heroes. When you’ve done all that, you head off to the coast and check in to an all-inclusive resort hotel for a few days of rest and relaxation.

There’s nowhere like it. It’s safe, it’s tropical and it can be yours for less than you think. Two weeks all-inclusive in Guardalavaca in February will cost less than £1,000.

If you want to tour around, you will pay more, but the experience will be worth every penny.